Bonds usually pay better than saving accounts and, as an investment, they are labeled 'lower-risk. They are a longer-term investment however it may be possible to shorten the term and get money back (either more or less than you put in) early. In this guide we explain exactly how they work.

What is a Bond?

It’s simply a loan. You lend your money to a company, or government, and as a ‘thank you’ they pay you interest.

Why would they borrow from me?

In the same way that we need loans to buy a new house or new car, companies and governments need loans to pay for new projects. The amount they need may be too large for a bank to lend so they borrow from the public.

How does it work?

Instead of asking for a very large amount of money the government or company divides the loan into smaller, equal portions and investors are invited to lend each portion. In return for parting with their money, investors are paid yearly interest until the loan is repaid.

Say John Lewis wants to build a new store on Oxford Street and they need a £100 million, five-year loan to do this. They break down this large sum of money into blocks of £1000 (that’s 100,000 blocks) and advertise these to investors. Investors can buy (or lend) one or more blocks and will receive interest over the next five-years for this.

Will I earn a lot from bonds?

This depends on the interest rate advertised by the company at the start. If, for example, 6% interest is advertised and you lend £10,000 you'll receive £600 a year until the loan term comes to an end (aka matures).

What about being taxed on my earnings?

If you're earning more interest than this each tax year then open a Stocks & Shares ISA and buy bonds through this. Any gains made through an ISA are tax-free but yearly deposits are limited.

Ok, so are all bonds the same?

Nope. There are different types of bonds. Here are the most common ones…

Corporate bonds… you lend to a company.

Retail bonds… you lend to a company but the minimum loan amount is smaller (usually it starts at £1,000).

Government bonds… you lend to a government, which could be anywhere in the world. UK government bonds are called gilts. MOXI Tip: Developed country’s bonds tend to pay less interest but are a safer investment.

Local Government Authority bonds… you lend to local governments such as the UK’s borough councils. Again, they’re a safer bet but pay less.

The total money a company wants to borrow is broken down into equal blocks, these blocks are called ‘bonds’ and when you buy a bond you are lending a block of money.

The ‘maturity date’ is the date the company will pay back the loan.

The 'coupon' is the yearly interest paid to a bond holder.

Lastly, bonds are called ‘fixed income’ investments because each year you earn a fixed amount of income (although some bonds offer variable interest rates).

Let's start with the reward. Interest is paid, usually twice a year, on the money you invested. And, at the end of the loan term (aka maturity) your initial investment is repaid in full.

Can I get out early?

Yup, you can sell the bond to another investor. You do this through your online investment account. There are some hurdles though because there has to be an investor willing to buy and you may not get the exact amount back that you paid in - you could receive more or less, depending on what the investor is willing to pay. The only way to guarantee the exact amount you invested is returned is to hold the bond until maturity.

Right. Now tell me the risks.

As with any loan, the risk is that the company or government can’t afford to pay you back. This would happen if either went bust. In such a situation bond holders are paid out before shareholders so it’s safer than buying shares. Even so, there are many financially sound companies issuing lower risk bonds.

What's the difference between a bond and a share?

How can I tell which bonds are risky?

Compare the interest rates of bonds with similar maturity dates and you’ll see the difference in risk between them. Companies or governments that are less stable pay higher interest as a way to attract investors to lend to them. Opposingly, ‘safer’ organisations pay less interest. So when you see an amazingly high interest payment keep in mind that there’s a reason for it.

Let’s get down to business: You can buy bonds when they’re first made available to purchase - aka ‘issued’ - by a company and hold on to them until maturity. This is the primary market. You can also buy bonds way after they have been issued, from another investor. This is known as buying in the secondary market. You can do this through an online stockbroker.

Investors who buy bonds when they’re first released – aka ‘newly issued’ - are the first buyers. These buyers can go on to sell their bonds to other investors creating a pool of buyers and sellers bargaining over the price of bonds. This pool is named the ‘secondary market’, whereas buying at issue is the ‘primary market’. The price of each bond may start at an issue price of £100 but if later buyers are prepared to pay more, the price will go up or, if buyers will only pay less the price will go down.

Come again? How can price change?

There’s a quote for this: ‘Something is only worth what someone is willing to pay for it’. That’s exactly how trading in the financial markets works. Imagine bargaining for a rug in a Moroccan bazaar. If the price tag says £100 but you want to pay £95 and the seller agrees then that’s the price - you buy the rug at a discount. Now imagine a different scenario. When you go to buy the rug an eager tourist comes along willing to pay £104 and you have to offer £105 to secure the deal so you buy it at a premium. Demand, or lack of it, can affect the price of anything.

Talk me through discounted bonds

We all love a discount but there’s a reason the bond’s price has fallen. It may be because the interest on this bond is not competitive (because interest rates in general have gone up) or it could be that the company or government behind the bond has become less stable, so the price has dropped due to lack of demand. To sum-up, the discount is really a compensation for taking on a less attractive or riskier investment. But, in the end, you’re rewarded.

Is it worth it?

It’s hard to tell from face value. To know if you're getting a good deal or not you need to look at your total return. This is because when you buy a discounted bond you’ll continue to receive regular interest payments plus you’ll get the extra money at maturity.

Luckily, there's a quick way to check this – a magic number called ‘yield to maturity’ (YTM) or simply ‘yield’ is provided with every bond. This shows your average return per year if you hold the bond until maturity. For discounted bonds this number will be higher than the interest paid each year (aka coupon %) because it will add the extra money you receive at maturity.

Buying bonds at a premium…what’s that?

A bond’s price could also be higher than the issue price if there’s demand for it. These are said to be ‘at a premium’. If you buy at a premium, you’ll get less back for the bond at maturity. For example, say you buy a bond for £110 and at maturity you receive £100, you'll have lost £10.

It’s not all bad. There’s a reason behind the price increase. It may be because the bond’s interest rate is better than what else is on offer. This can happen when interest rates in the market fall. And, if the company behind the bond is doing well financially that can also drive demand since it’s offering a ‘safer’ investment.

So is it worth paying a premium?

It can be. Paying a premium doesn’t have to lead to a loss overall. The higher interest rate can makevup any money lost at maturity. You need to look at the yield to evaluate your average return each year if you were to hold it until maturity.

Using the yield percentage allows you to compare discounted bonds against bonds at a premium. But which is best to buy?

It sounds like a better deal to buy at a discount but in reality this isn’t always the case. In fact, buying at a premium may get you the better deal because you’re receiving higher interest payments regularly, and, ultimately, putting more money into your pocket sooner. On the other hand, with discounted bonds you have to wait until maturity to receive a slice of your earnings.

BUT, there is a risk to consider with buying bonds at a premium. If the company decides to payback the loan early before the bond’s maturity it means you miss out on the last run of interest payments. This could hugely decrease your overall earnings. Ask your broker about the bonds’ ‘call provisions’, which simply means the payback terms. Ideally you don’t want them to be able to payback at all but it may be a risk you have to take.

The same concept behind Nike iD trainers applies to bonds. The product’s the same but you can tweak it according to your lifestyle. So, depending on your personal investment goal, here are three different ways to invest in bonds. If you have no idea what a bond is, STOP and read this guide first.

If you want to guarantee you won’t lose more money than you originally invested and you want regular interest payments too, you would buy and hold the bond until it matures.

When you buy and hold you don’t need to be too concerned about the bond price changing in-between because at maturity you’ll receive the face-value of the bond. However, you should check the bond price and yield before buying to be sure you’re happy with the return you’ll make. Also, look at the risks – is the company behind the bond financially sound? If not, are you being rewarded enough for the risk you’re about to take?

When you see these words together think risk. In the financial world risk is linked with (potential) high rewards. You may want to put some of your money in higher risk investments but not all of it!

As a rule of thumb, longer term bonds pay more and so do bonds from ‘riskier’ companies. A good example right now is oil companies. You might have heard that the price of oil has fallen a lot in the last two years. This affects companies involved in the oil industry and the bonds from these companies are currently trading at a huge discount.

3. Taking a View on Interest Rates 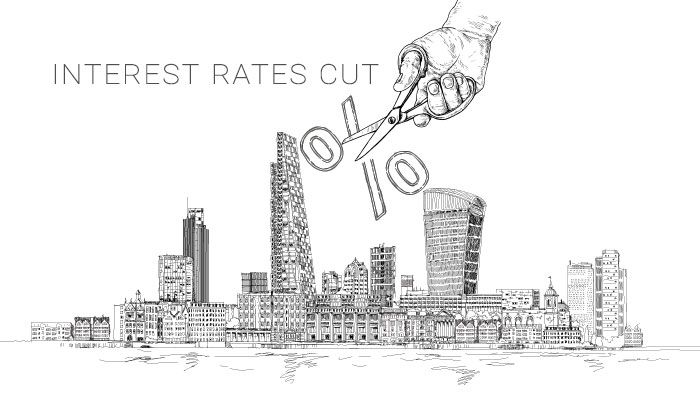 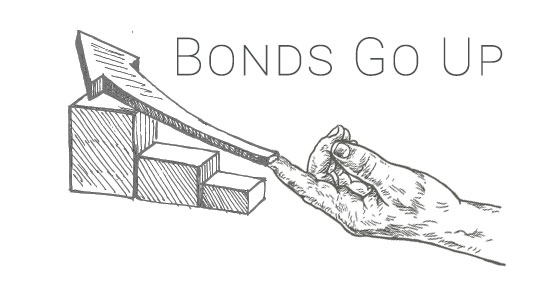 Say you’re pessimistic about the future of a country’s economy – for example, straight after the Brexit vote in 2016 - and you believe the Central Bank of that country (in this case, the Bank of England) will reduce interest rates. You may want to buy UK-related bonds in the expectation that their price will rise. On the other hand, if you already own the bond you'll want to hold onto it and reap the benefits as interest rates fall and your bond’s price rises.

What Investments Are Included in a Fund?

A Beginners Guide to Investing

How do Funds Make You Money?

Saving vs Investing? Use our tool to find the right balance for you.

Are You Ready to Invest?